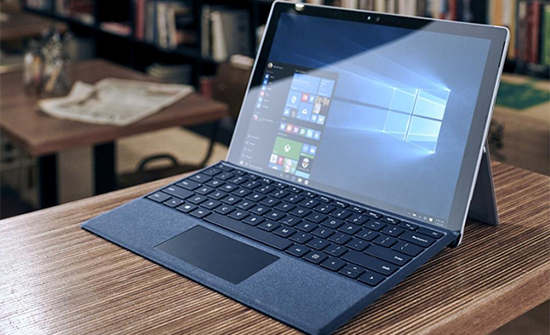 By the end of 2017, 85 percent of enterprises will have started Windows 10 deployments, according to a recent Gartner survey. If you're one of the holdouts who haven't already begun your migration to Windows 10, you're doing yourself a disservice.

Better still, Windows 10 offers many new capabilities that address customers' most pressing issues. Organizations can take advantage of countless advances that improve security, employee productivity, IT productivity, and business agility. Significant reduction in total cost of ownership compared with maintaining older versions is another compelling reason to upgrade to Windows 10.

Security is the number one reason organizations are moving to Windows 10, according to the Gartner survey. Between January 1 and June 30 of 2017, 2,227 publically disclosed data breaches exposed more than 6 billion records. While the overall number of breaches is comparable to the same periods in 2015 and 2016, the total number of records compromised during that six-month period was higher than for all of 2016, according to the cyber analytics firm Risk-Based Security.

Windows 10 is the most secure version of Windows ever. The initial release back in July of 2015 offered a multitude of new and improved security features. These include a full range of pre-breach threat protection capabilities that remove or defend against attack vectors used by malware and hackers. Built-in security management tools enable security teams to protect, detect and respond to advanced threats and data breaches on your networks. Sophisticated biometric identity protection offers greater protection than passwords while being easy to use and standards based. The OS even protects data at rest and in motion.

According to a recent report in CSO Magazine, the most significant new security capabilities in Windows 10 include:

In addition, Microsoft continually patches Windows 10 to address newly discovered vulnerabilities and automatically installs those patches to enable organizations to stay ahead of attackers.

Organizations are continually looking to improve employee productivity on every device they use. Windows 10 offers many features that make employees more efficient:

IT departments today need to do more with less. While IT budgets are flat, 75-80 percent of these budgets are already earmarked for maintaining existing systems[C1] , leaving only a small slice for innovation. Windows 10 enables IT pros to do more with less by simplifying the deployment and servicing of Windows client computers and leveling out the resources needed to deploy and maintain Windows over time.

Windows 10 is simpler to deploy than previous versions. IT can use an easy, automated in-place upgrade process that preserves all apps, settings and data. (A number of other deployment options are available for organizations that require more flexibility. Once a machine is running Windows 10, deployment of patches and feature updates is equally simple using the same in-place upgrade process.

While compatibility was previously a major concern for organizations upgrading to a new version of Windows, Windows 10 is compatible with most hardware and software capable of running on Windows 7 or later. This high level of compatibility greatly simplifies the app compatibility testing process.

Windows 10 also automatically performs time-consuming system maintenance tasks on a schedule. These tasks include software updates, security scanning with applications such as Windows Defender, disk defragmentation and optimization and other diagnostic tasks. The exact set of tasks will vary from PC to PC as IT can set scheduled tasks to run during the maintenance window.

Improvements such as convenient access to corporate applications help IT and end users alike complete work more quickly and effectively. Forrester found that employees, particularly mobile workers, estimate they have 25% more time to get work done than they did before.

Easy-to-use features and self-service functions make Windows 10 far easier to install, manage and support. One surveyed company found that deploying Windows 10 was as much as 50% easier than its previous OS upgrade and IT management was 15% faster.

The advantages of Windows 10 combined with imminent end of life for earlier versions of Windows make now a great time to take the plunge. Contact us today to learn how we can help you determine whether an upgrade is the best plan for your organization.

"The Best Defense is a Good Offense"

"Plans Are Useless, But Planning is Indispensable"