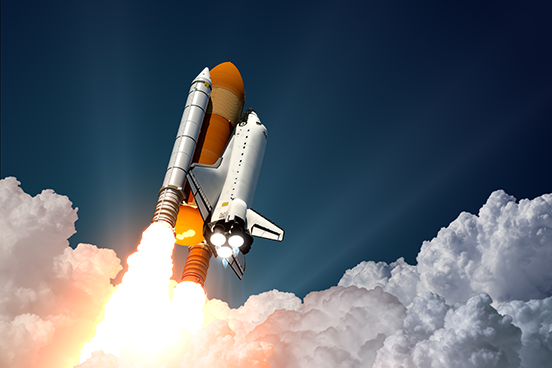 A little over one minute after launch, while traveling at Mach 1.92 and at an altitude of 46,000 feet, the Space Shuttle Challenger exploded in the cold, bright-blue Florida sky at 11:39am, on January 28, 1986. Most people remember where they were and what they were doing when they heard of the worst disaster in NASA history. The Public Affairs Officer who was announcing the launch live spoke these immortal words in the confusion, “…obviously a major malfunction.”

It became an iconic expression, used frequently by people when things don’t go quite right. Things definitely did not go right for NASA in that situation and the impact was massive and long-lasting. After the accident, NASA's Space Shuttle fleet was grounded for almost three years. Thousands of NASA employees and contractors were laid off. Several supplier companies went out of business. The financial impact is measured in Billions of dollars.

Unexpected disasters happen all the time, especially in the business world. Sometimes they are large scale events and sometimes smaller emergencies. Either way, the key is to be as prepared as possible. Unfortunately, too many organizations don’t pay attention until AFTER something has already happened. Statistically, the picture is grim:

In our new eBook, “Business Continuity Basics: Applying Lessons Learned from Hurricanes, Earthquakes, Fires, Floods, Cyber-Attacks, and Disgruntled Employees” we take a look at the critical steps needed to ensure a responsible approach to developing plans and measures to combat business interruptions. No matter the cause, there is a systematic way to analyze, prepare and respond to any threat to make sure your business survives.

There are constant reminders of how important it is to prepare. You simply can’t allow yourself to ignore them. Don’t let your only response to a crisis be the words “obviously a major malfunction.”

Azure and Your Security Strategy